by vdelgado
in food, Life, Uncategorized

Hey guys, back at it again bringing you guys my all-time favorite breakfast recipe made by yours truly; croissant french toast <3 <3 <3

Every Sunday morning I get to sleep in til 11ish AM and my whole family is home so I get to make breakfast. It’s super easy if you ask me, I don’t really use measuring cups, I sorta just eyeball things out and it never fails. I love french toast, like I mean love french toast, people be like “but waffles, but pancakes” and IM LIKE NOOOOOOOO NOOOOO, no thank you, I’ll stick to french toast.

I think my love for french toast started when I was in like 4th grade and I would play a game called   “restaurant story” on my iPod touch and the thing that took the shortest to “make” was the french toast. I just remember how good it would look and I just wanted it all the time. I also use to play online on this website called wambi that had games and little featured articles and one time they had a french toast recipe one!!! I made it and messed it up but badly but my sister helped me out the second time and it was soooo good.

( I usually cook them like 6mins on each side, but just keep flipping to make sure they’re not burning. adjust heat as you go)

They’re amazing and I like to top them off with powder sugar, whatever fruit I have I’ll slice some up, and instead of maple syrup, I prefer honey. This recipe pairs very well with eggs! If you try it please let me know what you think… 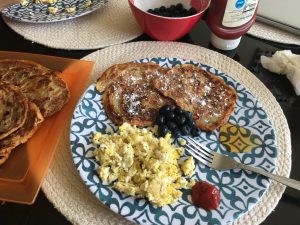 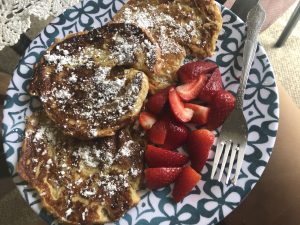 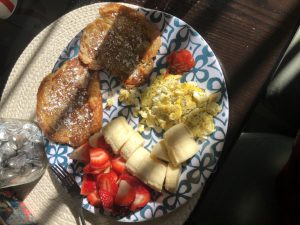 Did you know 80% of CCBC students receive some for

Thinking about a career in Music Production? CCBC

There’s no better time to get started at CCBC! J

We are thankful for our CCBC community! We hope ev

The international club had an awesome fashion show