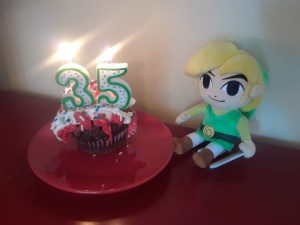 Back in September of 2020, the famous video game company Nintendo made several announcements such as a new line of merchandise, events, and of course games that were coming to the Nintendo Switch to celebrate Mario’s 35th anniversary. Now that the celebration is concluding, gamers are wondering what Nintendo is going to do for their other popular franchise that’s reaching its 35th anniversary, The Legend of Zelda.

A game about an elf boy dressed in a green tunic, modeled after Disney’s Peter Pan, going on an epic adventure to rescue the princess of Hyrule from the evil clutches of Ganon made its debut on the Famicom (Family Computer) in Japan back in February of 1986. Then it made its way to the NES (Nintendo Entertainment System) in the west in 1987 and became one of the most beloved video game franchises of all time.

“Zelda games are enjoyable because they are well made and have a strong sense of adventure,” Zelda Fan, Robert Sanbs said.

It seems natural that Nintendo would give the same treatment to the Zelda franchise as they did to Mario’s, and fans have speculated about what’s in store. There is no doubt that there is going to be a series of new merchandise such as toys, clothing, and all sorts of other things that will be available to be purchased, online or at Nintendo’s New York store. There will also most likely be events that fans can participate in to win special awards. The most highly anticipated rumors are mostly about what Zelda games will be ported to the Switch and getting a release date for the highly anticipated Breath of the Wild 2. 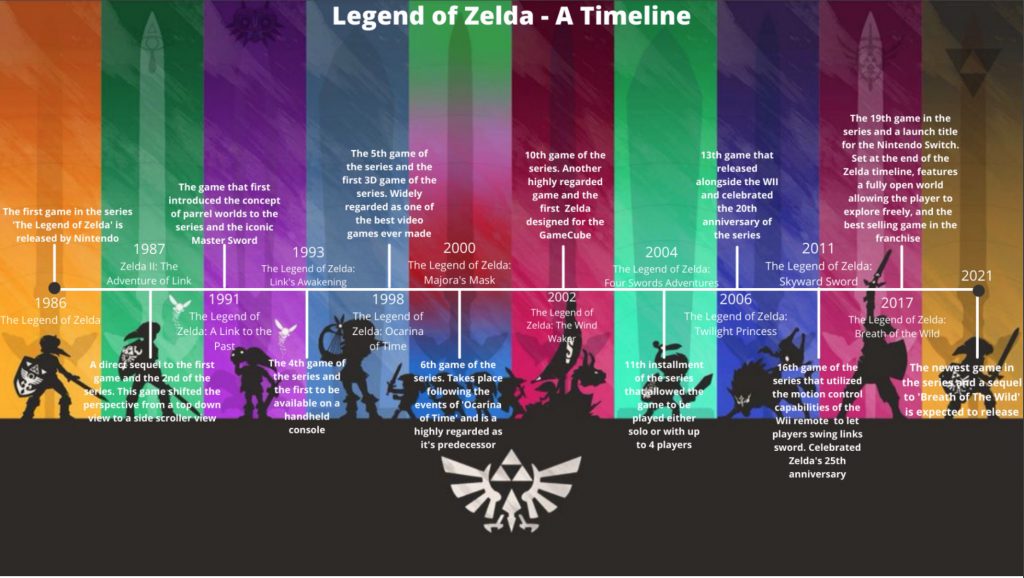 The question is, will Nintendo bring Ocarina of Time and Majora’s Mask to Switch? Zelda fans seem to think Nintendo should bring those games to Switch because they are important to Zelda’s history. Those games were the franchise’s first leap into 3D and gave fond memories to kids who owned a Nintendo 64. Many fans speculate which version of these games are going to be ported; the versions that came out for the Nintendo 64 that have the polygon graphics, or the updated 3DS versions that fixed the minor issues of the original games?

The solution could be simply putting both version of these games in one compilation so that way fans and newcomers can choose how they want to play them. This would be similar to what 343 Industries did when they made an updated version of the first Halo game for the franchise’s 10th anniversary back in 2011 where the player could swap between the old and new by pressing the ‘back’ button. At this time no one knows for sure if Nintendo will do something like that.

“I think the Legend of Zelda game series are very well done,” Marina Novaes, Mother of a Zelda fan said. “My son likes the game’s atmosphere and the levels are not too easy and not too hard so it’s pleasant to play.”

For now, Nintendo has not made any official announcements for Zelda’s 35th anniversary, but just recently they have revealed a trailer of Skyward Sword, a game that was originally released for the Nintendo Wii back in 2011 coming to the Switch on July 16 of this year. So, Zelda and Nintendo fans in general will probably hear major news for the franchise celebration later this year. For now, they should start preparing to revisit and explore the lands of Hyrule because it’s going to be dangerous to go on these epic adventures alone.

Listen to the above podcast by CCBC MCOM 111 student, Genny Rackson about Zelda's 35th anniversary.

The Science of PPE While Learning Science