Everyone comes in all shapes and sizes... and sexualities. Even though different kinds of sexualities are becoming more and more normalized every day, there are still people who judge or just can't come to terms with it yet. That's why it's important to try and understand the people who are on the receiving ends of the lack of discernment. I have interviewed 3 of these beautiful people about what it is like to live with different sexual preferences. With their honest and colorful opinions, I myself have learned a bit more about the psyche of what it's like to grow up, date, and embrace oneself while living in a world that can still view any sexuality other than heterosexuality as socially taboo.

Q: What kind of person were you in school?

A: Kamau: An extrovert, all over the place and super friendly.

Darien: Kept to myself most of the time, but still made a few cool friends.

Lamarr: Beginning of high school, I was more introverted because of my secret. But 11th to 12th grade I was more extroverted and I stayed that way.

Q: How old were you when you realized you were gay? How did you discover yourself?

A: Kamau: When I realized my sexuality. I don't see myself as gay. I was 8. Even though I was young, I still realized that I was interested in the same sex because it was all I could think of. And I started doing other things like fooling around with my best friend.

Darien: I was 16. It started with me kissing my old best friend's boyfriend. 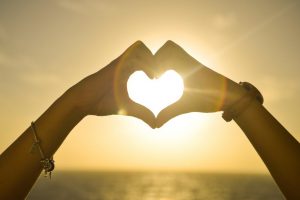 Q: How did people treat you when they found out that you liked the same sex or did you keep it a secret?

A: Kamau: It wasn't a secret but it wasn't something that I advertised; going around and telling people I s*** d***. But everyone really knew when my boyfriend came to the school and they saw us kiss.

Darien: I didn't keep it a secret. If people wanted to know, I would tell them about it but if they didn't, that was that. It was a, don't ask, don't tell thing.

Lamarr: I started losing friends in middle school and I lost a girl friend after I told her because she told me that it was because she had a crush on me. But when I got to high school, I didn’t lose anyone because more people were out and I had more accepting girl friends. In college, no one really cared.

Q: How did people react? How did your family react?

A: Kamau: Friends were in disbelief at first, like they thought, "No! This can't be. No!" But then nothing changed, honestly. Family was something else. It was rough between me and my mother. But after a while, it seems like it's not a big deal and she's more accepting but there is still some tension.

Darien: At first, my mother didn't accepted it because she didn't want to see me as gay but everyone else was perfectly fine with it. Now, we're getting along.

Lamar: Most people in my family knew. Except for my grandmother and when I told her it was a bit of a shock because she’s a very religious woman. She didn’t like it, but she told me that, as long as I was happy, she’s happy.

Q: What was it like going to college or just moving on from high school and owning your sexuality?

A: Kamau: It's rough to really figure yourself out as an adult and being a little bit different from the norm. But it helps you mold yourself into the person that you want to be. I'm too laidback to try and fit in and I'd rather be different anyways. Not shoot rainbows out of my eyes but enjoy being me.

Darien: After leaving high school, I found my own comfort level and it was so much better. I stressed less, if someone criticized me, I didn't care, I just went on about my day.

Lamarr: I have my cousin Kamau to thank for helping me process and get comfortable with myself. Especially since so many people kept telling me that it was because I haven’t found the right woman yet. But I’ve embrace the fact that women are beautiful but, it just doesn’t do anything for me. I like men! I like d**k! This is what I like!

Q: Have you noticed any comparisons between how people treated you in high school and how they treat you now, now that you are an adult?

Darien: High schoolers treated me like crap. They bullied me but eventually they stopped as we got older. But in college people left me alone and that was the great part about it.

Lamarr: I noticed that girls only wanted to hang around me when I was the popular gay guy in school. If I wasn’t they didn’t want to. But now that we’re older I notice that they actually want to hang out. As for the guys it’s the same thing. In high school, they didn’t want anything to do with me, now they do. And now, some of those same guys have either come out to me or wanted to “experiment” with me. They basically want to f***.

Q: How did you feel when gay marriage was finally legalized?

Darien: Happy. Even though there are people who still don't want to accept it, we're still working on equality.

Lamarr: Oh my f***ing God! Girl! When I tell you that I was so happy! Because the idea of marriage became heavier for me because now I can get married in my own hometown. Because before this I didn’t want to get married here, I wanted to get married somewhere else but now I’m like “Great!” Now, I can’t wait to get married.

Q: Did you think that the ruling was long overdue?

A: Kamau: I never really thought about it. I was gonna get married anyway.

Darien: We are long overdue on a lot of things. That's why we're so behind.

Lamarr: Oh yeah! It was well overdue. Being in the United States, we are not as progressive. Because let’s face it, America doesn’t like anything that’s different. You have to blend in, in order for people to accept you so being able to stand out, there will still be some backlash but it’s a moving forward thing. So I’m glad that this means we’re evolving. 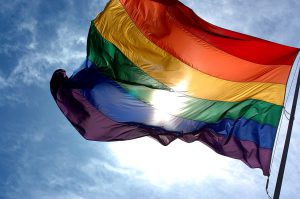 Q: What is your message for those who are in college or have moved on with their adulthood who are still struggling with their sexuality?

A: Kamau: You just have to know who you are. As long as you know yourself, who gives a f**k? It'll be rough because there will be people who don't like you just because you look and act different. It's just another excuse to start a fight because their drawers are too tight. So try to find comfort with yourself. It's always good to have a support system but you have to try and find internal peace. You have that, no one can mess with you.

Darien: Find your support group. Surround yourself with people that accept and love you.

Lamarr: Don’t give a f***! It’s your life. Just live it. You don’t ultimately have to tell people your business. There is a difference between being on the DL and being discreet. Being on the DL is when you’re lying to yourself and others and you’re basically hurting yourself and others. And the last thing I think anyone intends to do is cause pain. So if you want to be homosexual, bisexual, asexual,… something sexual, live with that in the way you want to.

Q: What is your message for those who judge others for their sexuality?

Darien: I have something to say, but I don't think you can put it in the paper. The nicest way that I can put it is, open your mind.

Weekly Tip: As long as you are not hurting yourself, your family, friends, or other people in general, DO YOU! Be happy and live your life to the fullest.