In the time that we live in, where everything is so progressive, it is unbelievable to understand that we still live among people that still behave like Neanderthals. According to RAINN; the Rape, Abuse, and, Incest National Network, every 98 seconds, a person is assaulted. Roughly half of those same people have gone through sexual harassment. Every day, both women and men are continuously dealing with sexual harassment and assault and thankfully ever since the #Me Too movement fired off after the Harvey Weinstein scandal was exposed, this macabre problem that has always seemed to be swept under the rug by society, is finally being addressed. Men and women, young and old, famous or everyday people, have spoken out about being victims and have exposed their attackers. 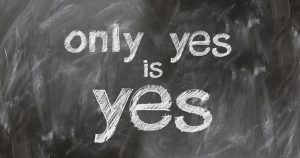 One of the experiences that many people talk about throughout the movement is being harassed; there are so many stories and quotes of both men and women being harassed and too scared to speak out or told not to do so. Harassment is defined at the top of this article as unwanted social advances and, though an extremely important subject, is frequently taken very lightly. In fact, there are some that will reduce the term to just a severe happening in the workplace but in fact it is counted as inappropriate chatter or joking of sexual nature, catcalling, ogling, winking, sexual gestures, and so on. This behavior can happen anywhere at any time. In a Washington Post Poll, 33 million women have experienced sexual harassment with 30% of them experiencing this behavior from colleagues or people the trusted. Also, 95% percent of the same women have said that the assailants have not been punished.  In a separate poll, the Equal Employment Opportunity Commission, 16% percent of men have reported sexual harassment.

Once upon a time there was a girl named Destini that used to work at a beauty supply store and had a sexist for a coworker. He was the only man (at the time) that worked at said beauty supply store and he had a reputation of being a pig (as sexists usually are) and for a grown-ass man, didn't know how to act or talk to the 17 to 20ish year old young women who worked alongside him. One day, this not-so-lovely man walks up to one of Destini's fellow coworkers and repeats an extremely

vulgar lyric from a rap song that only the most ratched of people would ever appreciate. However, he didn't "rap" it per-say, he quoted it to her as if it was just a random something to say. Not only did Destini's shaken coworker tell this man not to talk to her that way, but Destini and other coworkers that were standing by verbally pounced on him, defending our harassed coworker, sending the evil sexist flying the other way and each of us to the manager's office.

Tip for the week:

Thankfully my coworker had pretty much all of her coworkers on her side whether by defending her or encouraging her to report what this man and standing by her. But when it comes to harassment in the workplace or otherwise, so many will stay silent out of fear. So the next time you witness harassment of ANY kind don't be afraid to speak up!!!

Thoughts From a Future Counselor on Cannabis ...