10 Fun Facts About Me

by athomas
in Campus life, Media, My Life 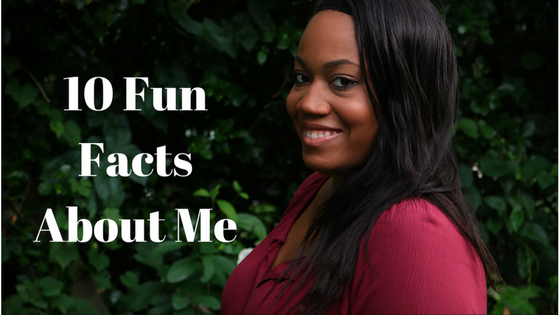 One thing I felt that was missing from my page was a little more info about me So today I decided to spit some random facts your way.

#1: I used to be a Tv Talk Show Host. In high school I was a host for a teen talk show called “Teen Scene”. It was shot in Baltimore but aired all over the U.S., and was syndicated in a few other countries.  I had the privilege of not only hosting it for several years, but I became one of the producers.

#2: I’ve been an actor since I was 8 years old. Kind of going along with the first fact, I started acting over 12 years ago. Since then I’ve been featured in many shows, films, and commercials in the DMV area.

#3: I’m obsessed with my camera. Ever since I was little I’ve loved taking pictures of everything. Last semester when I was taking photography, I enjoyed having an excuse to photograph literally anything.

#5: Getting involved on campus is important to me. Besides being a Student Life Ambassador, I’m also in Photography club, Phi Theta Kappa, and I’m Vice President of Hearts Ignited (Which is a Christian club at CCBC Owings Mills).

#6: My favorite color is Pink, but I never wear it.

#7: I’m a huge klutz. My first day of college I fell up the stairs of the College Community Center. I even had to call public safety to bring me bandaids….I knew college was going to be rough, but that wasn’t what I had in mind.

#9:  I pretty much always have mix matched socks. It’s not even on purpose, I just get lazy.

#10: I’m in love Chick-fil-a. I don’t but I could eat it everyday. I never get tired of it. Anyone who knows me closely knows this.