Terrorist Attack on Jewish Congregants at The Tree of Life

by mkhalid
in Observations, Platitudes, Reflections 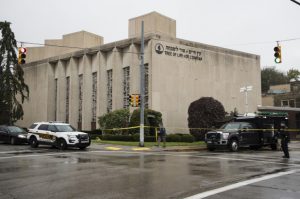 I try to steer clear of politics as much as possible, but this weekend’s horrific attack on a Pittsburg synagogue by a domestic terrorist with the name of Robert Bowers, an individual armed with 3 pistols and semiautomatic assault-style rifle, demonstrated that sheer evil still exists. And that people who are inherently evil will target the most precious of hearts.

This face of evil needs to be actively challenged and the most vulnerable segments of our society protected from such evil.

Being a cybersecurity student with a particular focus on counterterrorism, I closely follow acts of hatred by extremists of all types. What this attack proves is that terrorism is a plague that can also come from far-right extremists. Just like Jihadism is a problem that we deal with our best resources, neo-Nazism is as much of a threat we need to counter. Jihadists and neo-Nazis come in varying shades of extremist beliefs and both groups are motivated by their shared hatred for those of Jewish ancestry.

This week’s attack took lives of innocent people finding respite in a beautifully-named synagogue, “The Tree of Life,” during Sabbath. Just about a week ago, I was being educated by a close Jewish mentor about the meaning and importance of Sabbath to Jews. The fact that Bowers elected this sacred day to kill and maim people, even injuring responding police officers, demonstrates the extent of the worst impulses by terrorists. The effects of this deadliest attack on Jews in American history will take its toll in the hearts and minds (i.e. trauma) of the greater Pittsburg community and our fellow Americans for a long time. 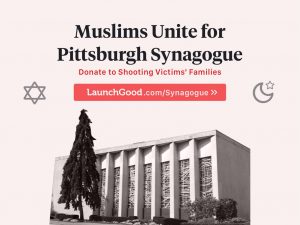 Through a campaign organized by CelebrateMercy and MPower Change, the Muslim-American community extends its hands to help the shooting victims. Muslims and Jews have been working together in solidarity, against hatred, repelling evil with good.

Several media reports are stating that Bowers targeted the synagogue because congregants supported Hebrew Immigrant Aid Society (HIAS), a humanitarian organization that has been working for over a century in providing relief to refugees and helping them rebuild their lives within our American communities. This reminded me of how Jews and Muslims are already working together to help each other, as many of these refugees happen to be Muslims. The Islamic Center Of Pittsburgh has offered the Pittsburg Jewish community its deepest sympathies and condolences and called on the Muslim community to donate blood to the victims. 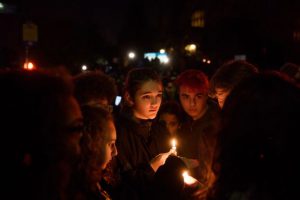 This is a much-needed contrast to this weekend’s despicable act of terror.

I always feel honored to be in the presence of Jewish advocates for Muslims and Muslim advocates for Jews. The bond between these two groups keeps me motivated and gives me hope of a better and a brighter future. 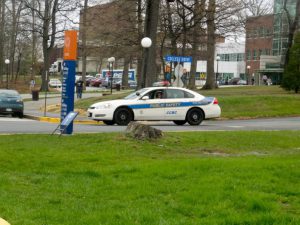 The Department of Public Safety at CCBC is a professional public safety organization that provides services 24 hours a day throughout the year. The Public Safety Department staff includes certified and non-certified officers, civilian staff, and student support. Reach out to them at ext. 1111.

I know CCBC has several members of Jewish ancestry and those who identify themselves as Jews. I cannot imagine what they must be going through, but don’t feel unprotected. What pains one hurts all of us. But we will, as a school community and as a country, get over these acts as a united community. Whether we are Jews, Muslims, or Christians or members of any faith group — and even if we are atheists — our strength lies in our mutual support. We won’t back down in demonstrating acts of kindness and humility every day and we won’t desert each other in these difficult times. Terrorism seeks to instill panic and hostility. Our best antidote to it is our awareness of the work that remains to be done in eliminating hatred and prejudices from our hearts and minds.

On a final note, should you ever feel like you are being targeted on the basis of your religious beliefs, PLEASE confide in someone. CCBC’s Public Safety can be reached at (443) 840-1111. If you feel like you are in imminent danger, dial 911.

Now is the time to register for Fall! See what you

Due to a power outage, CCBC Catonsville will open

CCBC was excited to host campers from Baltimore Ci

Are you a newly enrolled CCBC student? Don’t for

Save time and money in pursuit of becoming a nurse