Cockpit in Court Summer Theatre is committed to growing our diversity and inclusion at all levels: on our stage, in our audience, on our staff, and within our leadership. We seek to be inclusive and color-conscious not only in our casting but also in the works we choose to present. We aim to keep performers from historically underrepresented backgrounds visible and valued in the casting process. As such, we encourage performers of all races and ethnicities, gender identities, sexualities, abilities, and ages, to attend auditions.

You must pre register to audition. Visit our Sign-Up Genius at: https://www.signupgenius.com/go/10c0548aba72ca6f85-cockpit7

Mainstage and Cabaret auditions will be held in the AHUM Building.

For musicals, bring sheet music; accompanist will be provided.

For plays, no monologue necessary; be prepared to read from script.

Headshots and resumes welcome, but not required. 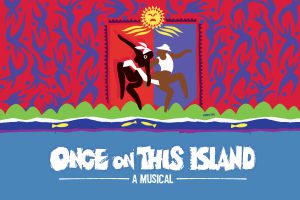 Once On This Island
A Musical

Book and Lyrics By Lynn Ahrens
Music By Stephen Flaherty
Based Upon the novel “My Love, My Love” By Rosa Guy

Celebrate storytelling with this rousing Calypso-flavored tale of one small girl who finds love in a world of prejudice.

Once On This Island is presented through special arrangement with Music Theatre International (MTI).
All authorized performance materials are also supplied by MTI. www.MTIShows.com

VILLAGERS – ENSEMBLE OF ISLAND RESIDENTS: all races & genders. Actors who sing well and / or dance. All ages and types. 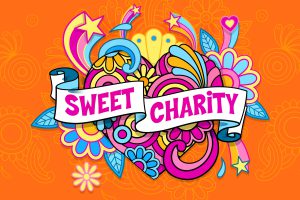 Book by Neil Simon, Music by Cy Coleman
Lyrics by Dorothy Fields
Based on an original screenplay by Frederico Fellini,
Tullio Pinelle and Ennio Flaiano
Produced for the Broadway stage by Fryer,
Carr and Harris
Conceived, Staged and Choreographed by Bob Fosse

Charity Hope Valentine always tries to look on the bright side of life, despite working in a rundown dance hall and contending with a seemingly endless run of bad dates. Determined to find love, Charity falls for suave actor Vittorio Vidal but their romance is all too brief. However, when Charity finds herself stuck in an elevator with the reserved Oscar Lindquist it turns out that she may have finally met her match. Sweet Charity is a Bob Fosse dance musical with popular dance numbers that include “Big Spender”, “Rich Man’s Frug”, and “The Rhythm of Life”.

SWEET CHARITY is presented by arrangement with Concord Theatricals on behalf of Tams-Witmark LLC. www.concordtheatricals.com

CHARITY HOPE VALENTINE: Female (Alto/Mezzo) The girl who wanted to be loved. Our eponymous heroine is a taxi-dancer at the Fandango Ballroom. She is as she sounds; her three names sum her up well. Charity is kind, ambitious and in and out of love. A gullible, happy go lucky, girl next door.

HELENE: Female (Alto/Mezzo) A close friend to Charity, Helene works with her at the dance hall. Helene has probably been working at the Fandango Ballroom less time than Nickie but longer than Charity. She is feisty and confident.

NICKIE: Female (Alto/ Mezzo) A close friend to Charity, Nickie works with her at the dance hall. Nickie assumes the maternal role over the girls. She has seen it all and is quick to offer advice to Charity and the other girls. Like Charity though she has aspirations to get out.

OSCAR LINDQUIST: Male (Baritone) An educated, well-spoken American young man, shy, repressed and gawky. He works as an actuary (the most boring job in the world). He meets Charity, falls in love with her but then struggles to come to terms with Charity’s past as a taxi-dancer.

URSULA MARCH: Female – Hot headed and jealous wife of Italian movie star, Vittorio Vidal. Has quite a flair for the dramatic.

HERMAN: Male (Tenor) The boss of the Fandango Ballroom. Not really well liked and quite authoritative but has a kind side.

DADDY BRUBECK: Male (Baritone/ Tenor) The leader of the Rhythm of Life Church. A spiritual, enigmatic but laid back kind of guy.

ROSIE: Female – The hot new girl at the Fandango Ballroom. Fresh off the bus and easily corrupted.

ENSEMBLE: Sweet Charity is a brilliant ensemble show with fantastic song and dance sequences. There are many small featured speaking roles in the show, as well as featured dancer roles. Some of the roles listed above are also members of the ensemble during parts of the show. 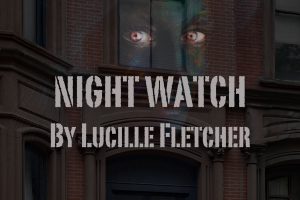 SETTING & LOCATION: 1970’s. Mid-winter. A sitting/living room in an upscale apartment building in a crowded metropolitan city, like, but not necessarily, NYC.

A cross between Rear Window and Gaslight. Elaine Wheeler may or may not have witnessed a
murder in the house across the alleyway from her apartment. She spends her days and nights trying to convince everyone – her loving husband, her devoted nurse, even the police – that she has. The city is overwhelmed with crime and her constant calls serve only to irritate them. The police are disinclined to believe a wealthy, privileged woman, particularly when her own husband doesn’t. Her husband, frantic with worry, is on the brink of sending Elaine for a rest
cure in Geneva. And how loving is her husband, or devoted her nurse? Why do images and items from her first disastrous marriage keep appearing – a piece of jewelry, a number, and more?

Not everyone thinks Elaine is hallucinating. Her loyal housekeeper and a nosy neighbor both believe she has seen something … what, they aren’t sure – but they are certain Elaine is sane. Or is she? And how loyal is her housekeeper and just what is the motivation behind the neighbor’s constant intrusion?

ELAINE WHEELER: 40’s – 50’s, heiress to a fortune, privileged, recovering from a recent nervous breakdown. She has been mentally fragile for years, ever since her traumatic first marriage and her first husband’s grizzly death.

JOHN WHEELER: late 40’s – 50’s, her second husband, in stocks and bonds at present; what exactly is his past?

HELGA: the German housekeeper/maid; devoted to Elaine and suspicious of John.

OFFICER VANELLI: young police officer with an interest in fine art, was a guard at the Brooklyn Museum of Art and took night classes in art before joining the force.

APPLEBY: older, eccentric neighbor, publisher of a small weekly newspaper, with an interest in true crime; knows the dark history of the building across the way and a little too much about everyone else’s past history.

BLANCHE COOKE: late 30’s – 40’s, pleasant, efficient, Elaine’s nurse and friend for the last eight years. She is in the process of moving to another city to start a new job.

LIEUTENANT WALKER: Head of homicide; dealing with a rising crime rate and has no patience with Elaine and no problem telling her so. 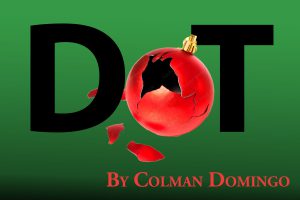 The holidays are always a wild family affair at the Shealy house. But this year, Dotty and her three grown children gather with more than exchanging presents on their minds. As Dotty struggles to hold on to her memory, her children must fight to balance care for their mother and care for themselves. This twisted and hilarious new play grapples unflinchingly with aging parents, midlife crises, and the heart of a West Philly neighborhood.

Auditions will consist of cold readings; not all readings will be from the script.

Rehearsals: mix of virtual and in person

Dot is presented by arrangement with Concord Theatricals on behalf of Samuel French, Inc. www.concordtheatricals.com

DOTTY: (female 60+ African American) Character is Martha Stewart meets Claire Huxtable type; obsessive, almost compulsive; thinks lightning quick. Matriarch of the family who is losing her memory, losing her sense of what home is. How is she going to keep this together? Is it inside of her? Can she find it in time? African American descent.

Shelly: (female 40+ African American ) Dotty’s daughter, a lawyer, oldest daughter and single mother who looks after Dot often at the expense of her own legal career. Does she carry resentment?

Jackie: (female 40+ Caucasian /European Descent) Jewish; ex-girlfriend to Donnie. Former next-door neighbor now living in NYC is back to visit, staying in her parents’ home that she hasn’t sold since they passed.

Adam: (40+ Caucasian/ Latin/ other descent) married to Donnie, buff specimen of a man.

© 2022 The Community College of Baltimore County. All rights reserved.