You must pre register to audition. Visit our Sign-Up Genius at: https://www.signupgenius.com/go/10c0548aba72ca6f85-cockpit

Mainstage and Cabaret auditions will be held in the AHUM Building.

Court Jesters auditions will be held in the ADMIN Building, Lecture Hall.

For musicals, bring sheet music; accompanist will be provided.

For plays, no monologue necessary; be prepared to read from script.

Headshots and resumes welcome, but not required.

Young performers may bring music or sing a simple song with the piano. Older children may be asked to read from the script.

Xanadu follows the journey of a magical and beautiful Greek muse, Kira, who descends from the heavens of Mount Olympus to Venice Beach, California in 1980 on a quest to inspire a struggling artist, Sonny, to achieve the greatest artistic creation of all time – the first ROLLER DISCO! .

Sonny Malone: (20’s to 30’s) Handsome, not the sharpest tool in the shed. Very strong singer with large range. Roller skates – basic skills only. A self-critical and frustrated artist who falls in love with Kira. He embodies 80’s culture and thought, and is very much a California boy.

Melpomene/Medusa: (40’s to 60’s) the oldest of the Muses (Mother of Sirens) Muse of Tragedy. Jealous of younger sister Kira, and plots her downfall. Very strong comic actress with powerful singing voice – sings Evil Woman. Not unlike Ursula or Cruella DeVille

Danny Maguire/Zeus : (50’s to 60’s) older, hard-nosed businessman who was once an aspiring artist (like Sonny). He owns the theatre he built for his lost love, (called Xanadu) and has let money and greed consume him. Strong singer and actor, some dance would be helpful.

Younger Danny: need younger dancer/actor who taps very well to play the younger version of Danny in one number!

Need six actors to play the other six Muses / sisters. All ages and types. Seeking four women and two men, all of whom sing very well and can dance. They will play various roles including : Muses of various Art forms, Gods in Mount Olympus, the Andrews Sisters, a Centaur, a Cyclops, etc. Versatile and talented performers with comic acting skills preferred. Roller skating (basic skills) helpful but NOT required !

Need actors who roller skate very well, possibly to do tricks / specialty skills. Could be used as Muses, or certain other roles – but skating is the priority. 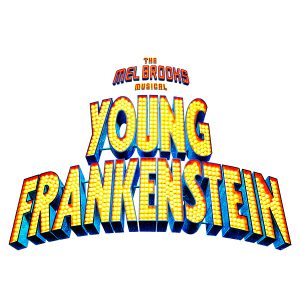 Young Frankenstein is based on the 1974 comedy film of the same name written by Mel Brooks and Gene Wilder, and directed by Brooks, who described it as his best film. It is a parody of the horror film genre, especially the adaptations of Mary Shelley’s Frankenstein and sequels like Son of Frankenstein and Bride of Frankenstein. The musical has a book by Brooks and Thomas Meehan (Annie, The Producers, Hairspray, etc,), with music and lyrics by Brooks.

Grandson of the infamous Victor Frankenstein, Frederick Frankenstein (pronounced “Fronk-en-steen”) inherits his family’s estate in Transylvania. With the help of a hunchbacked sideckick, Igor (pronounced “Eye-gore”), and a leggy lab assistant, Inga (pronounced normally), Frederick finds himself in the mad scientist shoes of his ancestors. “It’s alive!” he exclaims as he brings to life a creature to rival his grandfather’s. Eventually, of course, the monster escapes and hilarity continuously abounds.

Join Cockpit in Court for our homage to the original Brooks comic masterpiece. There are a number of terrific roles, featured and cameo, as well as large group numbers for those looking to participate in a fun and busy show. Auditioners are encouraged to prepare to sing the song from the show listed per each character below based on the role for which one is auditioning. Memorization is helpful but not required. Lyrics will be provided.

Ensemble / prepare to sing “Happiest Town in Town” although any upbeat Broadway song is acceptable
Will need an acting/singing ensemble as well as a dancing/singing ensemble. Performers can be part of either/or both and also do a featured character.

Run For Your Wife

A taxi driver gets away with having two wives in different areas of London because of his irregular working schedule. Complication is piled upon complication as the cabby tries to keep his double life from exploding.

Run For Your Wife is presented by special arrangement with Samuel French, Inc., a Concord Theatricals Company.

Barbara Smith
John’s other wife, devoted and loving but in a more sensual way

Stanley Gardener
John’s friend, upstairs neighbor and only confidante, lazy, views himself as a man of the world, but with little to show for it, but a devoted friend, again comic timing is a must

Det. Sgt. Troughton
A stern London policemen, no nonsense, imposing (think Captain Peacock from Are You Being Served) 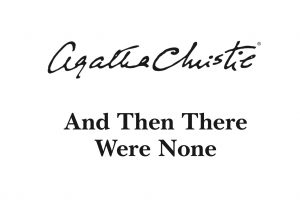 And Then There Were None
By Agatha Christie

Ten strangers receive unusual invitations to a solitary mansion on a remote island off Britain’s Devon Coast. Cut off from the mainland with their generous hosts Mr. Mrs. U.N. Owen mysteriously absent, darkness awaits them. They are each accused of a terrible crime. When one of the party dies suddenly they suspect a murderer in their midst. The tension escalates as the survivors realize the killer is not only among them but is preparing to strike again… and again…

“We’re not going to leave the island. None of us will ever leave. It’s the end, you see – the end of everything … “ – from the novel by Agatha Christie

And Then There Were None is presented by special arrangement with Samuel French, Inc., a Concord Theatricals Company.

PHILIP LOMBARD: a soldier of fortune

VERA ELIZABETH CLAYTHORNE: hired as a secretary; a former governess

*JUSTICE WARGRAVE: a retired judge, known as a “hanging judge”

(FRED NARRACOTT: captain of the ferry boat; may be double cast)

*MAY BE CAST AS EITHER MALE OR FEMALE.

Please familiarize yourselves with the story. Reading the novel is fine. There are some minor differences, but it will certainly give you the best idea of the story and the characters.