Baltimore makes music, and Baltimore loves to dance. The stories of this region resonate with the rhythms of many cultures, which have moved many feet. In celebration of the diverse communities who make up Baltimore’s rich landscape, Performing Arts at CCBC presents the award-winning Footworks Percussive Dance Ensemble, with a range of special guests, performing Destination Baltimore. A family-friendly show filled with story, dance, and electrifying live music, this will be a thrilling afternoon appropriate for all generations.

From colonial times to the present Baltimore has attracted people from all over the world looking for a chance to build a better life. Destination Baltimore celebrates the city’s multicultural history and includes some of the best Americana musicians in the country, including Grammy winning Mark Schatz, multi-instrumentalist Danny Knicely, Baltimore’s own legendary fiddler Jon Glik, and Footworks’ founding director Eileen Carson on lead vocals. 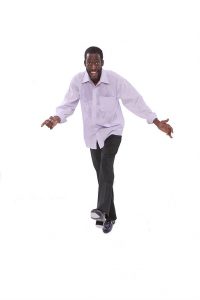 The show will feature traditional African and Irish music, as well as bluegrass, swing, and the blues, and will showcase clogging, swing dance, early jazz and tap. Headliner Baakari Wilder (Bring in da Noise, Bring in da Funk) will pay homage to Baltimore’s legendary hoofers Baby Laurence and Buster Brown.

This rousing performance is supported by a Maryland Touring Grant from the Maryland State Arts Council, and is presented as part of Baltimore Stories, a year of programming focusing on the Baltimore region from Performing Arts at CCBC.

Tickets are $10 general admission for Destination Baltimore, and are available online or by calling the Box Office at 443-840-ARTS(2787).