Sunday, September 11, 2022 marked the 21st anniversary of a day of acute national tragedy.  Although the distance of time and memory has dimmed the shock of the horrific events of that day 21 years ago, the omnipresence of a slightly tamed, but still foreboding pandemic reminds us of the long reach these national disasters have upon us.  Simultaneously, they also serve as monuments 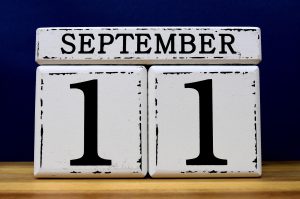 to the grit and resilience of an American people who refuse to lie down in the face of such collective challenge.

On September 11, 2001 many of us sat stunned, huddled by our radios or in front of television screens, listening to news of the unimaginable. The Pentagon and World Trade Center in New York City had been attacked and a fourth airplane—headed perhaps for the White House or a nuclear power plant—crashed in a Pennsylvania field.  On that day—and the days that followed—we truly believed that nothing in our lifetimes would ever equal this disruption to our world…and we would never forget what happened on that day.

Twenty one years later, on March 16, 2020 many of us sat stunned, looking at news feeds on our cell phones and every form of social media, listening to news of the unimaginable.  Governor Hogan had just declared a State of Emergency, effectively shutting down the state in response to the onset of the COVID 19 pandemic.  On that day—and the days that followed—we truly believed that nothing in our lifetimes would ever equal this disruption to our world…and we would never forget what happened on that day.

Many of us have forgotten the smoke filled images of toppled buildings at the World Trade Center and the horror of a human toll that reached 3,000.  Many of us have not yet forgotten…although we are trying mightily to forget… the loneliness, the isolation and that sense of personal loss and anger from living closeted lives through two years of a pandemic.  Those of us who have experienced both of these national disasters may now have a better understanding that national catastrophes become historical moments in time, each to be periodically replaced by new challenges that call upon and strain our reserves of national and personal strength.  September 11, 2001, a day of collective shock, trauma and outrage, was a day intended to shame our country 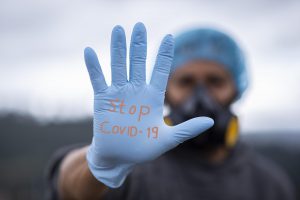 and bring it to its knees.  Twenty-one years later, after two years of collective shock, trauma, and outrage, COVID 19 has managed to bring the whole country—nay, the whole world—to its knees.  Both tragedies celebrate the indomitable American spirit, a time of ordinary people doing extraordinary things.  And as we move back into something akin to pre-pandemic normalcy, we need, more than ever, to continue to draw upon that indomitability once again.  We have that end in sight, but we are not there yet.

Remembering September 11, 2001 on September 11, 2022 calls up a spirit that links the past with the present.  Emerging slowly from a world-wide pandemic exacts the same personal and collective resources that we dug down deep to find in ourselves in 2001.  It is a time in which many of us are still fearful, unsure, and resentful, living lives like automations for way too long.  As we think about what we learned from these crises spaced 21 years apart, the answer should lie in the response to three simple questions:

Rather than the divisive political discourse raging in our country today, it is the courage, the grit, and the commitment of Americans all across our nation that was the real measure of America in the days that followed September 11, 2001.  The pandemic, surrounded by a cacophony of discordant noise from newsfeeds, social media, television screens, and streaming devices, has sapped some of that strength from us. To continue to hold our heads high and to face the challenges of a post pandemic world, we must find a way to recapture that combination of courage, grit, and commitment…and—while we are at it—civility. These qualities have indeed been the real measure of America at times when our country has been most challenged in the past. I believe those noble virtues still represent who we really are; we just have to remember how to rediscover—and then apply—them.